Double-digit price growth eluded New York during the pandemic, unlike other US cities.As we enter a period of uncertainty New York is back in the spotlight as buyers seek a mature, secure, liquid and highly transparent market. In June 2022, prime prices across Manhattan increased by 7.1%, the strongest rate of growth recorded for eight years.Although the rate of annual price growth had slowed to 5.2% by September 2022, it remains significantly higher than a year earlier when luxury prices were falling 0.4% year-on-year. More than 8,300 sales were registered across Manhattan in the first half of the year, up from 7,373 in the same period a year earlier. The super-prime market (US$10 million) displayed similar strength. Some 146 super-prime sales were agreed in the first six months of 2022. Of the 10 super-prime markets Knight Frank tracks globally, New York’s tally was the highest. Furthermore, 20 of these sales exceeded US$25 million. 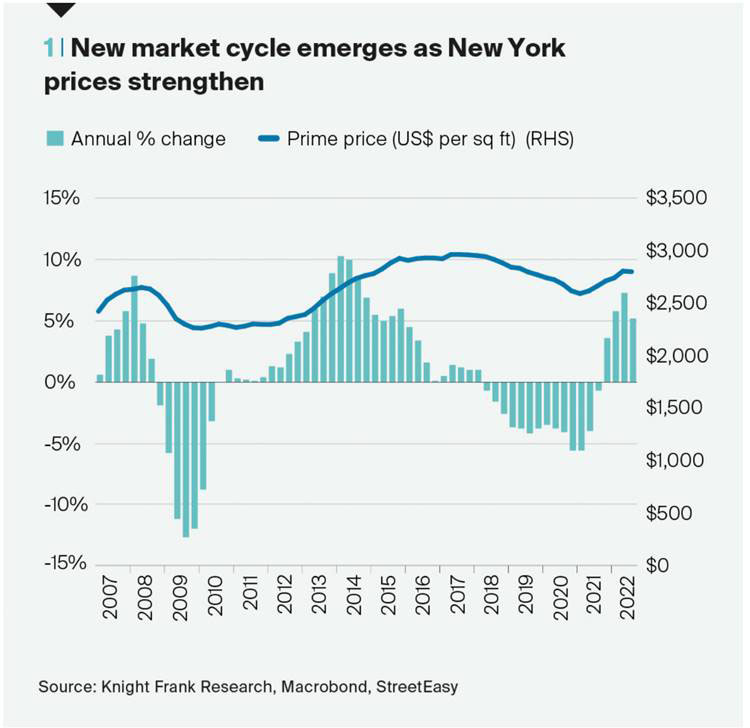 US home sales feel the squeeze US existing home sales plunged 5.9% in October, according to the National Association of Realtors. That's the largest drop since December 2011 when you exclude the early months of the pandemic. Average 30-year mortgage rates peaked at 7.08% during the period, which squeezed many would-be buyers out from qualifying for a mortgage.

Supply is still tight, which is underpinning prices. Total inventory registered at the end of October was 1.22 million units, down 0.8% from both September and the same month a year earlier. Unsold inventory sits at a 3.3-month supply at the current sales rate, up from 3.1 months in September and 2.4 months in October 2021. Properties typically remained on the market for 21 days in October, up from 18 days in October last year.

Find your dream home with the Mackay Dixon Team!

The Mackay Dixon Team is adept at guiding people through the often-stressful financial decisions that need to be made when buying or selling a home.